Cryptounit blockchain, based on EOSIO, is designed to enable vertical and horizontal scaling of decentralized applications linking the real economy and decentralized finance (DeFi). 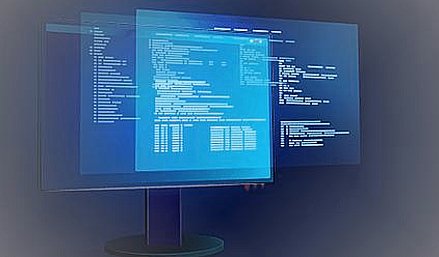 Cryptounit blockchain users are not only creating their own Business accounts on the platform, but many of them are already setting up their businesses using this technology.

Tokens Offered by the Cryptounit Blockchain

The Cryptounit Blockchain has Three Resources used by Applications

Why does Global Investment Portfolio Cryptounit use its own blockchain?

Unlike the Ethereum blockchain, which is based on the principle of a distributed global supercomputer, in the EOS code the platform is built around the operating system and is the basis for developers to build applications.

To issue their tokens, most projects now do not follow the launch path of their own blockchain, but use, for example, the Ethereum or Waves blockchain. With this approach, in order to issue your tokens, you must initially purchase the tokens of that foreign blockchain and then pay the fees in the tokens of the foreign blockchain. This approach of issuing your own tokens helps to raise the price of someone else's blockchain token, but not to raise the price of your project's tokens.

The use of its own blockchain by Cryptounit allows not to spend money to pay for someone else's blockchain, but to keep it within the Global Investment Portfolio. Additionally, the crypto wallet on the Cryptounit blockchain allows everyone to stake their CRU and WCRU tokens to receive additional revenue in the form of utility UNTB tokens. UNTB tokens are credited every second and the ability to transfer them to wallets to other participants or to the UnitEx cryptocurrency exchange for sale is immediately available.

UGPay Group AG, Global Unit Pay, UnitEx exchange, Cryptounit blockchain, Academy of a Private Investor and New Digital Evolution are among the operating businesses that are part of the Global Investment Portfolio CryptoUnit.

Holders of the security token WCRU are co-owners of this portfolio, which currently comprises more than 60 financial instruments from various segments of the investment market and has a valuation of over $11.6 billion, according to the independent evaluation of Crowe Global.